Guy Fawkes and the Gunpower Plot 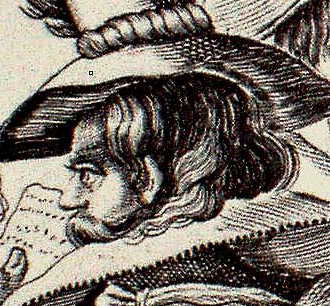 Guy Fawkes and the Gunpower plot is just one of the historical collections on The Tower of London website. ‘Who was Guy Fawkes, the man behind the mask?’ is the title of the site.

“Everyone knows how Fawkes was caught in the act, imprisoned and tortured at the Tower of London and that he and most of his fellow conspirators suffered a traitor’s hideous death in Westminster. But who was the real Guy Fawkes, the man behind the mask?” (Historic Royal Palaces)

The site has lots of factual information, some of it too old for pupils to read, but what struck me was the beautiful quality of the photographs and pictures used to illustrate the story.  They are genuine images and each one has an explanation of where it came from. The paintings of both Guy Fawkes and the King are reproduced beautifully. There is a picture of all the plotters, the house where the whole event was planned and the gunpowder stored. The images here really do help to explain the event in a historical setting, I think the whole thing could be really useful when teaching the subject.

“In January 1606 James I passed a thanksgiving act to celebrate the failure of the Gunpowder Plot and his deliverance from danger.

Called the Observance of 5 November Act 1605, it involved a special church service, bonfires and fireworks.

It remained in force until 1859 although celebrations still take place today.

Another tradition that still lives on is the ceremonial search before the State Opening of Parliament, when the Yeomen of the Guard look for hidden explosives in the cellars of the Palace of Westminster.” (Historic Royal Palaces)