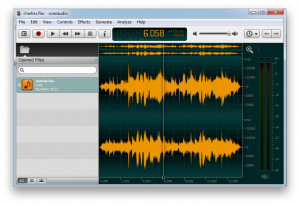 Audio recording in school has often been done by using Audacity, a free open sources program. However, Audacity was recently bought by a company that is now tracking use and it is no longer suitable for use by schools, it even states that in their terms of service.

There are alternatives for use on school computers and laptops. The first alternative is to keep the old version if you have it, do not update! That last safe to use edition, Version 2.4.2 is the last known version before the update and that can still be downloaded from Softonic or Fosshub.

Ocean Audio is a very simple, cut-down version of Audacity, perfectly adequate for most of what children are likely to do with podcasts, etc, This is available freely from the OceanAudio website. There are lots of different platform copies of this software.

TwistedWave seems to be a really useful – probably more useful – alternative as it has apps for the iPhone and iPad; however, the key version is online, saving to a Google Drive.

“Run TwistedWave without having to download or install anything. Launch it directly from your web browser, and continue editing your files where you left them.”(TwistedWave)

With TwistedWave, nothing has to be downloaded and up to five minutes of recording time is available for each file. The demo version is free and it allows for five-minute files – up to one hour of files at a time – and the files are deleted after 30 days of inactivity. This would probably cover any demands for audio recording in school. I tried the online version, without even signing up and made a 20-second recording, chopping bits at the beginning and end just by highlighting the unwanted bits and deleting them. I “normalised” the sound, raising the quieter bits to the same level as the rest, then downloaded it! I found it very simple to use. 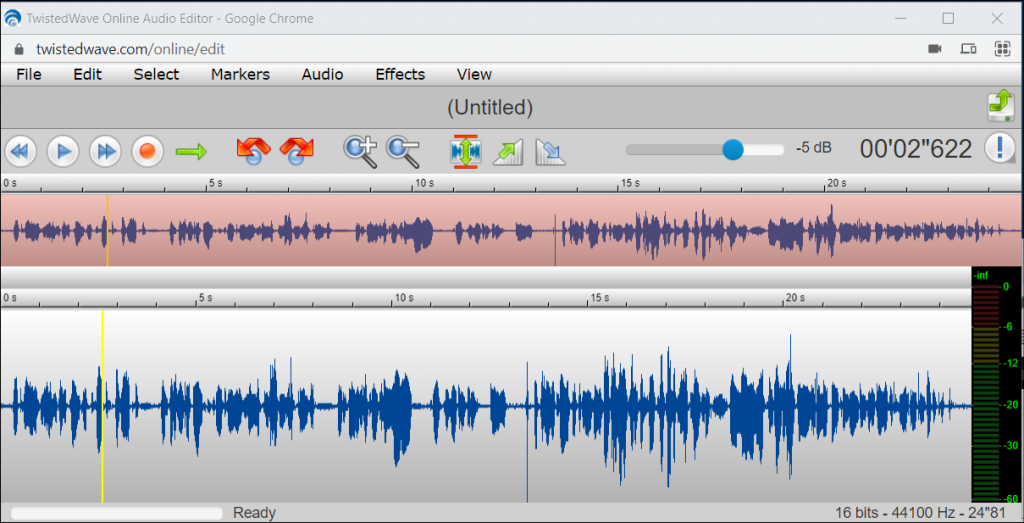