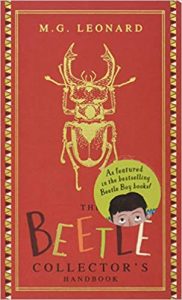 ‘The Beetle Collector’s Handbook‘ is a fairly new book about bugs written by MG Leonard. It has had teaching resources created and shared through the Teachwire Website and this collection of activities may well contribute towards a minibeast science project at some point.

MG Leonard asks why children in this country don’t like bugs and answers by saying “Maybe it is because in the West we characterise bugs as horrid, scary, evil and dirty – in our language, our films, our TV programmes and our stories.

That’s why I wrote my insect-filled trilogy, where beetles are the good guys, and why I followed it with a non-fiction guide to the most bonkers and brilliant beetles on the planet.

I want beetles to capture children’s imagination in a positive way, to awaken their curiosity and perhaps help them on their first steps to having a relationship with the natural world.”

Beetle Boy: The Beetle Collector’s Handbook is split into three parts: The first, ‘Preparing for an Expedition’ is where children learn what a beetle is. The second part is learning about the different species of beetle and the final section is thinking about the habitat and environmental issues surrounding them.

There are twelve different teaching ideas written out on the Teachwire web page,  anyone doing a minibeast projects may like to adopt one or more of these activities to add to their project. 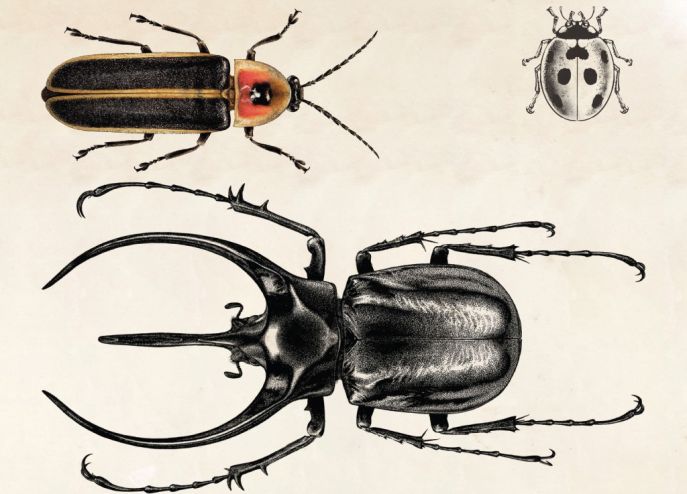 “Beetlemania is spreading, thanks to M.G. Leonard’s bestselling Beetle Boy trilogy. In the books, Darkus learns all about beetles from an old guide his father had used as a child. Now that book is available for readers everywhere to discover beetle facts for themselves! Hilariously narrated by eccentric entomologist “Monty G Leonard”, this lavishly illustrated guide is the perfect starting point for young beetle collectors everywhere.” (MG Leonard’s website)