Grammar games may be a way to help children remember various grammar points. The games can be a bit of fun to play but they also require the relevant understanding to get them right.

The first game is Trapped, a game about nouns and adjectives.

Trapped needs flash so can only be played on computers – maybe projected on to a large screen for the whole class to take part, or played individually on laptops. Unfortunately, it is no good for tablets or mobile devices with out flash.

This game starts with a reminder of what adjectives and nouns are… common and proper nouns, comparative and normal adjectives. The game is on two levels; in the first instance players have to recognise the word and nudge it into the right place – the nudging takes quite a lot of mouse control and it is not particularly easy! In the second half, the children have to nudge a sentence to the right word in order to complete it. 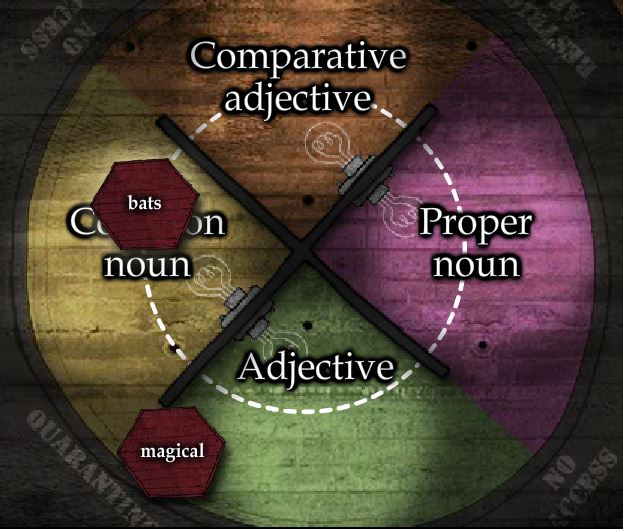 The second game is Prefixes and Suffixes (also requires Flash).

In this game, for the first few rounds, children are presented with a word and they have to choose a prefix: 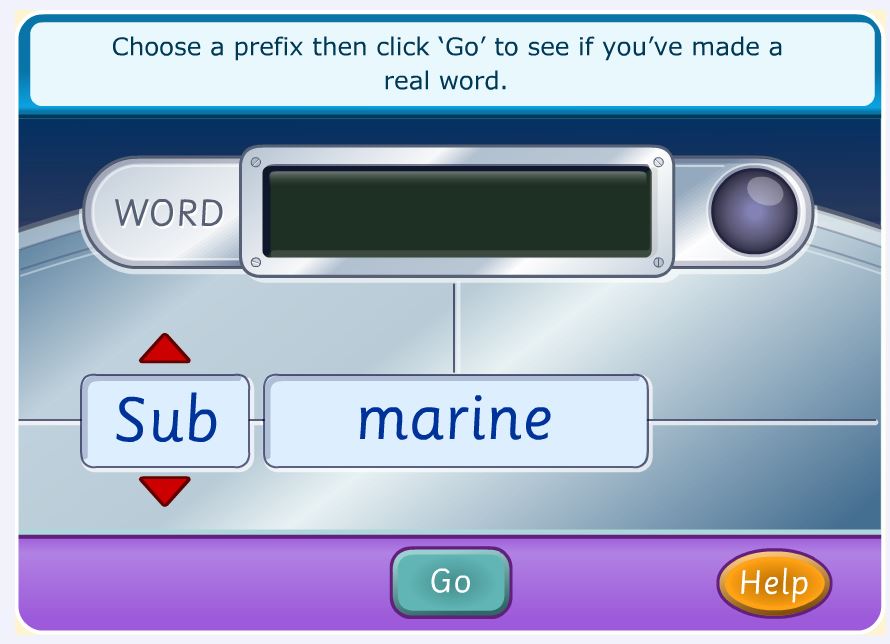 Once they have chosen, the prefix is explained to them. When they have completed that section, they move on to suffixes which, as before, offers the definition for children, to see how it works, after they have chosen. If children choose the wrong prefix or suffix, there is an explanation for them of why it is wrong. 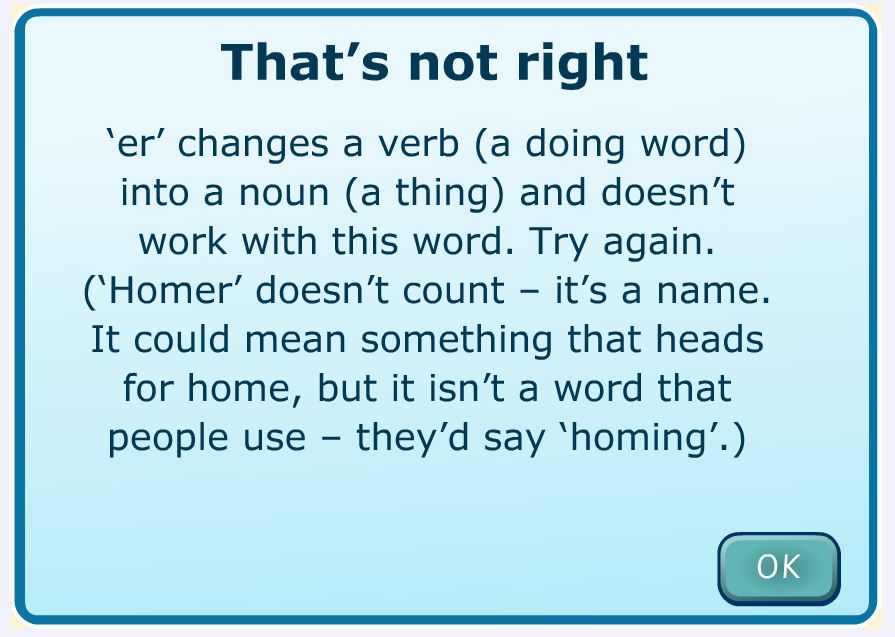 Finally, the game provides a section for adding both prefixes and suffixes. 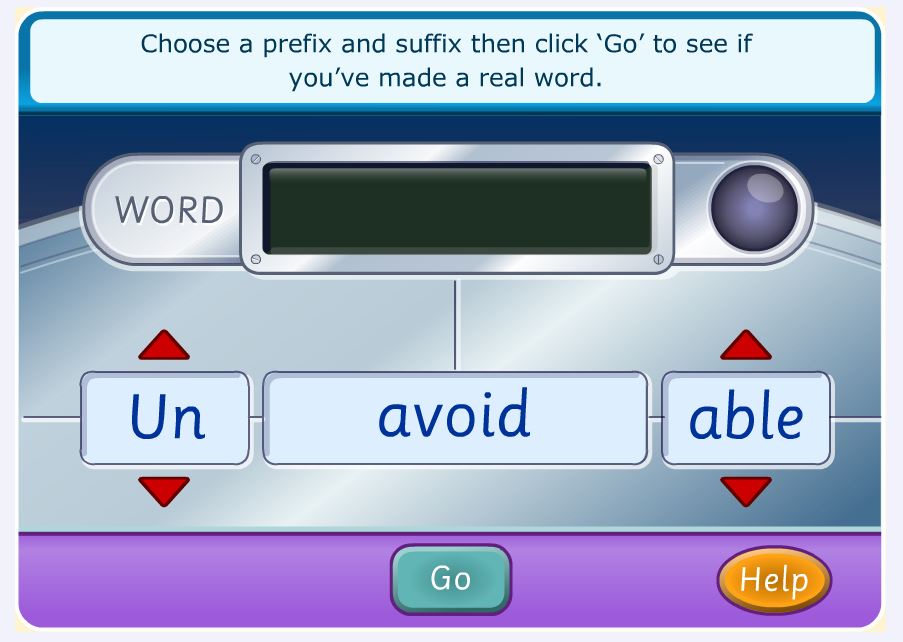 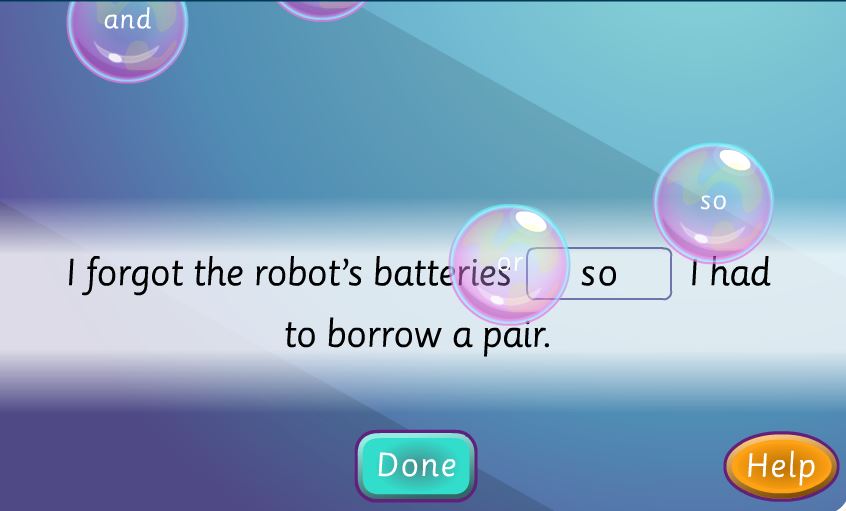