Fake News is an item increasingly referred to in the everyday news situation. Particularly since Donald Trump became the President of the USA.

Primary school children need to start to learn that all published news is not necessarily genuine. They need to understand that many things which can be found on the web are fake; also that somethings that arrive on their phones and various social media platforms can also be fake and how it is important to start learning how to spot them.

There is a fun quiz which has been created by the BBC which is a good starting point. It offers five “facts” for children to decide whether or not each is true. It is quite difficult and I think most children would get one or more wrong; however, this could to give them an opportunity for some research – which, of course, is the ideal situation! If children can do a little research to verify information it will be a really useful skill for them do develop whilst growing up.

The BBC also has a handy guide to spotting Fake News. It provides a video that could be shared in class and start a class discussion. Stories that may be particularly suitable are: the four stone baby and the yellow panda. There are likely to be children in the class that are not much more than four stone so it may spark the imagination and the yellow panda could probably be explained by any artist in the group!

There are some interesting questions on the page:  When is fake news not fake news? Is real news sometimes claimed to be fake when someone doesn’t want it to be true? I am sure some children will sympathise with that one, especially if they did some damage or broke something valuable.

It also asks why fake news is a problem and how can you spot it. This is a very hard concept for young children but it does need addressing gradually as they grow and become aware of things happening outside the classroom. 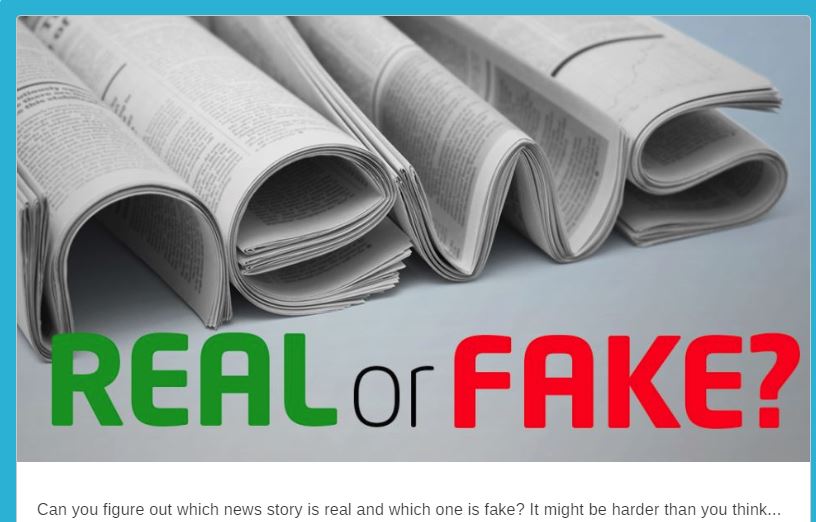