Christmas Week Videos often form part of the celebrations during the last few days of term. Traditionally, DVDs or videos are brought into school and played in the school hall or classroom but there are a couple of great videos on YouTube which could form the basis of a literacy lesson, or a comprehension exercise.

‘Twas the Night Before Christmas’ by Clement Clarke Moore written as a Christmas present for his children but read in many households on Christmas Eve. There are many video versions of it but this one is pretty and easy listening. The video is just over 5 minutes long.

The written version of ‘The Night Before Christmas’ poem can be used alongside the video and there is also an online quiz: 10 question trivia quiz, authored by guitargoddess, you could do it online but may prefer to do it on paper, or as a whole class on the IWB.

This famous Christmas story has been attributed to Clement Clark Moore. We all heard it when we were kids – do you remember the details?

There is also the poem in words with questions which has been shared at Primary Resources. This is an individual work sheet designed to be printed off and handed out but it still could easily be used alongside the video. 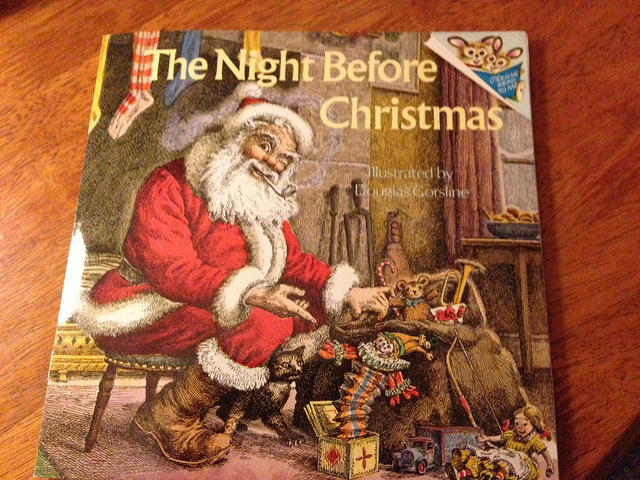