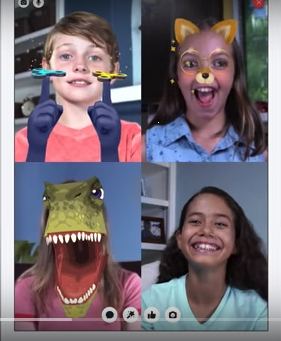 Messenger Kids App is an app that Facebook has developed, and is rolling out, it is simply a children’s version of Messenger. It has taken more than eighteen months of research to investigate what was required and to build it.

Unlike many other apps, children can’t be traced through the Facebook search, they are well protected. If a child wants to be able to chat with one of their classmates, their parents must first become friends on Facebook and then they can see the option to approve the children’s friendship. It does seem as though it is going to be much safer for the younger children than other social networking or chatting apps.

They can chat freely to parents, grandparents and family and approved friends from their own tablets or phones.

Parents download the Messenger Kid’s App to the child’s mobile device then authenticate it with their own account. Once this has been done children can set up their profile and start chatting with anyone that they parents have approved.

“When children open the Messenger Kids app, they’ll see a colour-customizable home screen with big tiles representing their existing chat threads and approved contacts, with their last message and the last time they were online. From there, kids can dive instantly into a video chat or text thread with their contacts.”(Tech Crunch)

There are no adverts involved in the app and there are no in-app purchases, they have been stripped out of the children’s version of Messenger. Children can still control the friends that their parents have approved, they can block and unblock them as they wish.

There are images that have been specially selected, children do not have the freedom to search for images with inappropriate tags and there is a 24/7 dedicated support team ensuring that nothing untoward sneaks through!

Parents can’t spy on their children’s chats, they would just have to ask their children if they could have a look at their screen.

“While Facebook said in the briefing that the app was designed for kids age 6 to 12, younger kids are allowed on, too. When children turn 13, they won’t instantly have their Messenger Kids profiles turned into real Facebook profiles, nor will they get kicked off Messenger Kids. They’ll still have to build a traditional Facebook account from scratch when they’re ready.” (Tech Crunch) 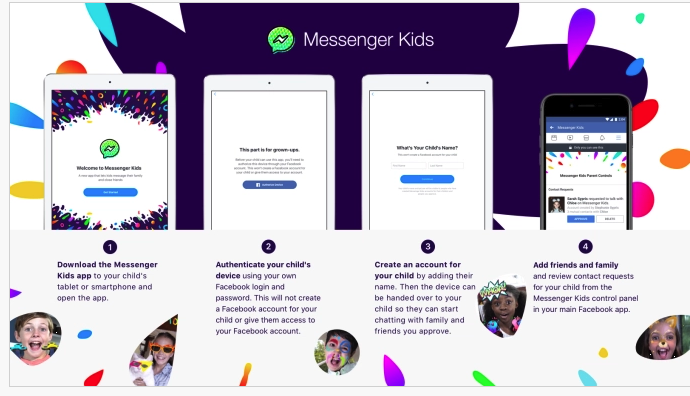