World War 2 from the BBC is an archived page so no longer updated but it is still an excellent resource for that topic.

“The Second World War (World War 2) lasted from 1939 to 1945. It was fought in Europe, in Russia, North Africa and in Asia. 60 million people died in World War 2. About 40 million were civilians. Children as well as adults were affected by the war. This site will tell you what the war was like for children, mainly in Britain but in other countries too.”(BBC)

The site allows children to explore:

Each section has photographs and documents for children to explore.  There are fun facts, activities, opportunities to explore interactive items, quizzes, etc. The writing is split into small passages and is written in child friendly language. The rationing challenge will really make children think – the food that was available is not what they are used to eating!

There is a set of extra BBC links for children to explore, these are mostly only useful for older children as they are not actually written for children.

The Teacher’s Resources page contains freely downloadable lesson plans for using archived film, a resource pack and worksheets on Rationing, Evacuations and home life. It also contains a set of videos for use in the classroom:

The page also has some useful audio files. 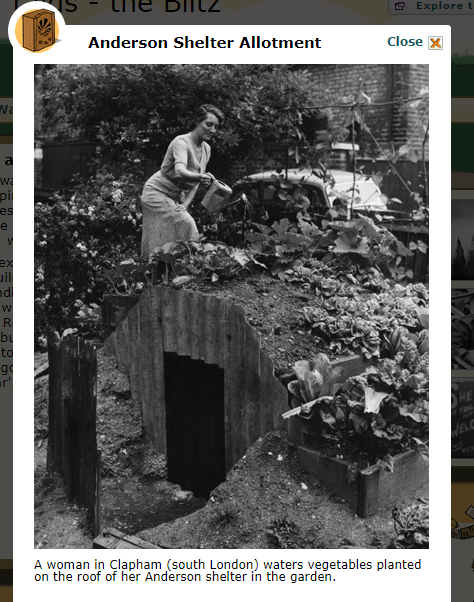