Animal Corner is a super British wildlife website where visitors can: “Discover the many amazing animals that live on our planet. The British mild and damp climate has allowed many, many different species of animals and birds to settle and evolve here that may have struggled to live elsewhere in the world. Britain is an island surrounded by seas and oceans which usually keep our summers warm and wet and our winters generally mild.”(Animal Corner)

There are some beautiful photographs of the British animals that are covered on the site:

All but the stoat and the polecat have beautiful photographs. The photographs are used as part of the navigation so children can easily see what they are looking for.

Going into each section gives you a similar pattern of information about each family of animals, covering things such as:

A description of each family type with colours and key characteristics. It goes on to describe what they generally eat, how they behave and whether they have regular habits – saying whether they are nocturnal, predators, where you can find them, etc. It briefly describes the process of reproduction and goes on to talk about their conservation status. For some special creatures, that may be found in a garden, it describes how to make a home and where to position it!

In addition to British wildlife, this site also covers many other wild animals from around the world. 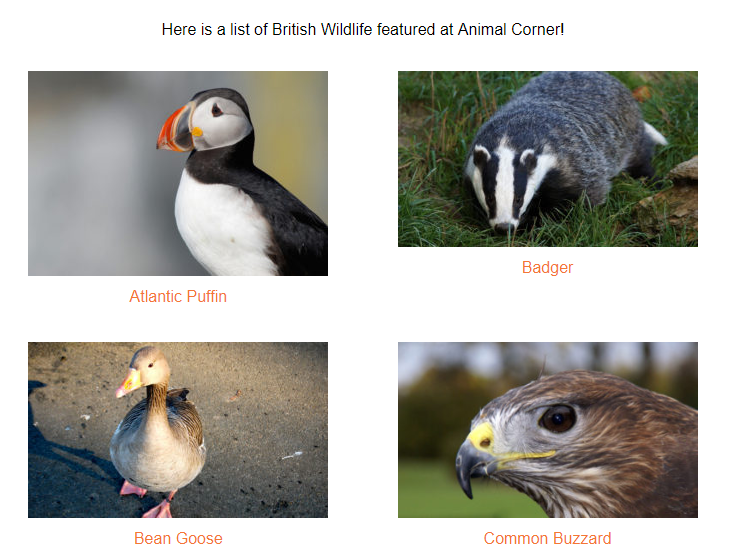